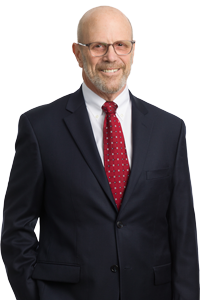 It is with heavy hearts that the Post Polak family announces the passing of Paul Strauchler on January 29, 2018.  Paul, who joined the firm in 1989, was much more than a valued member  and colleague.  He was a dear and compassionate friend, an informative mentor, a marketing wizard, a gifted attorney, a practice area pioneer, an industry authority and a cherished social director wrapped into one person.  After joining Post Polak, Paul developed a real estate and corporate practice and also built from scratch Post Polak’s Hospitality and Alcoholic Beverage practice.  Paul’s ability to learn, innovate and lead - coupled with his remarkable ability to relate to anyone and everyone - resulted in his becoming, in short order, a leading authority and practitioner handling large corporate and real estate transactions as well as Hospitality and Alcoholic Beverage matters.  Paul was admired and respected by all who knew him, from industry members to professional colleagues to governmental officials.  Paul was also a loving and devoted father to his daughters Andrea and Robin and his stepson Jason Sherry. His never take no for an answer and never give up approach to everything he did fit perfectly with his passionate, life-long love of the New York Mets.  Notwithstanding his grave medical condition and the effects of his chemotherapy, Paul was regularly found in the office, carrying on “business as usual,” and he even carried on his active social and family life until shortly before his passing.

As another leading Hospitality and Alcoholic Beverage Law practitioner, who had known Paul for decades, reflected, upon learning of his passing: “Paul was – simply put – one of the good guys.  He was fair and straightforward with everybody.  Paul was full of personality with a great sense of humor, and he was a great friend.”  We will sorely miss Paul here at Post Polak.   And we will never forget him.  Rest in Peace, Paul.

For important Legal Updates and Resources on the Coronavirus Click Here.